Riot and I are back again. He just had his second PT session, and second round of chemo today. I can only take so much time off, so I needed to consolidate appointments. He did great at both. He’s becoming a favorite at both places. He’s been such an amazing trooper through this whole mess.

We have his first scans since the amputation in three weeks. I’m crossing my fingers that they’re still clear.  Thank you all again for your support. I met a greyhound at Tufts who was about a year post amp from osteo. He had mets now, but was still stable, and happy.

Riot has surgery next week to remove his benign eye tumor. I’m stressed, but it should be less than an hour under anesthesia, and home a few hours after. The real hard part is 10 days in a cone. 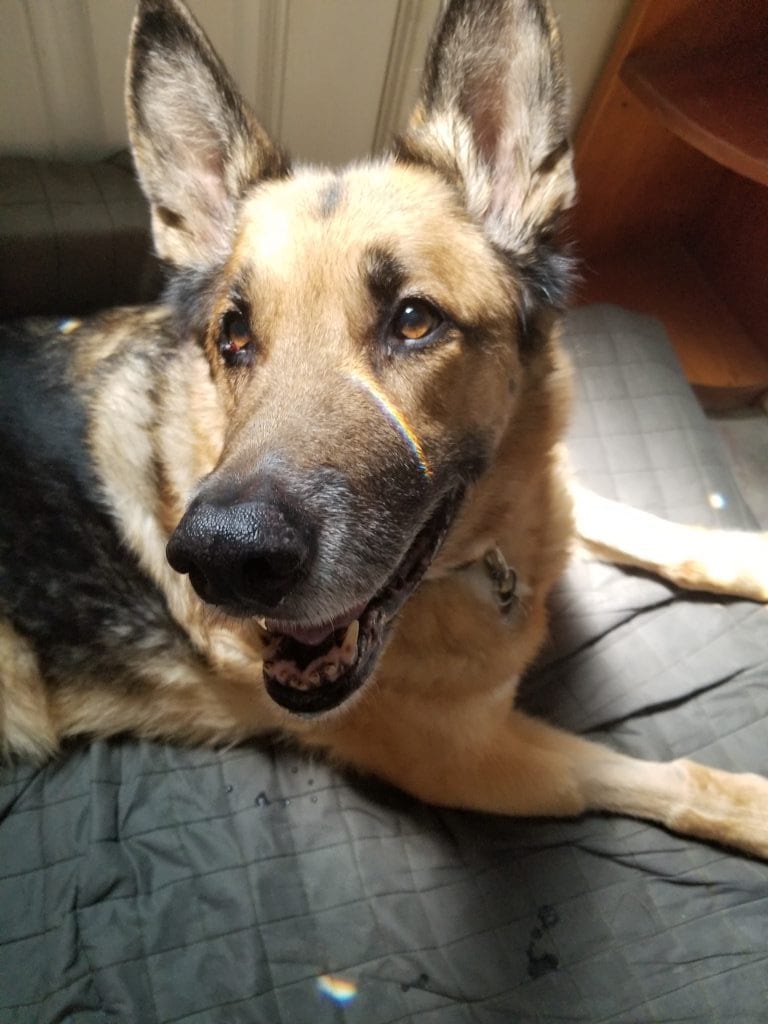 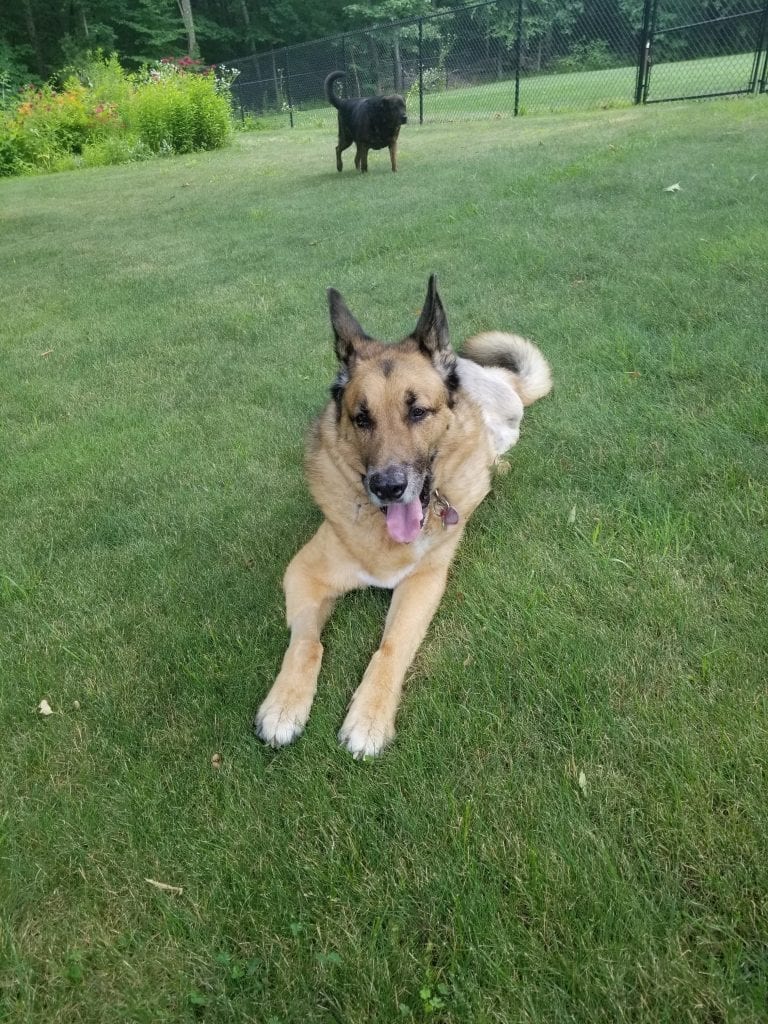 About Your Tripawds Blog:

New Tripawds Bloggers: Please review your default first blog post for help getting started with your blog or review the Help Videos in your dashboard. Edit these widgets from your Appearance settings to remove this notice, upload a custom header photo, or choose from 130+ themes, and much more!

A Riot on three is brought to you by Tripawds.
HOME » NEWS » BLOGS » FORUMS » CHAT » YOUR PRIVACY » RANDOM BLOG